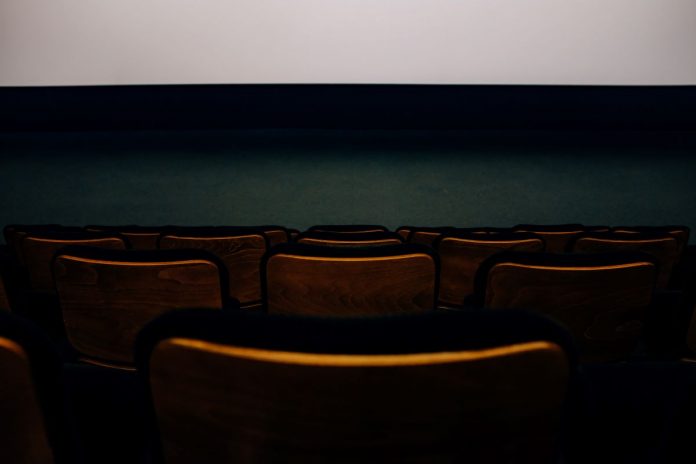 I’ve been to a physical cinema two times since the pandemic started, and one time just as it was beginning. They were three totally disparate movies, all of which I enjoyed: Jojo Rabbit, The Father, and Free Guy for our very own Comics Beat. Don’t ask me why they’re all two-word movie titles, I can’t explain it. Two out of the three starred Taika Waititi. Don’t ask me about that, either. For the first film, no mask was required, even though people were clearly starting to get uncomfortable with sitting next to anyone who wasn’t in their party. For the last two, masks were firmly required, although people were less cautious about sitting next to people who weren’t familiar. Whether that’s a good thing or a bad thing is unclear.

I watched the last two post-vaccination, and while I considered stepping foot in a cinema before my vaccination, I hesitated. I really did not want to get Covid, and risk becoming a long Covid sufferer or worse. But the theater nearby was so desolate most days that I felt bad about it. Upon my return, though, I couldn’t help but feel like something really had been missing the past year. The booming music and sound, the big picture, the feeling of cinematic communion: you don’t get those factors watching a film in your living room. Sure, I watched Wonder Woman 1984 with my family on Christmas, but I think I would’ve enjoyed it more as a movie if I had been in a theatre and not merely across from my parents’ big-screen TV. Possibly would’ve hated Pedro Pascal’s wig more, though.

As I write this, I’m planning on seeing The Suicide Squad at home, probably on my laptop, of all things. The truth is, I’m still not that comfortable going to the cinema in person yet. My most recent trip, to see Free Guy, was in a gorgeous theater, but there was little social distancing, even if everyone was masked. I’ll keep going for work, since I’m not high-risk, but I can’t help but wonder about the consequences for those who are, particularly high-risk film critics. As the studios begin to remove the screener infrastructure and bring back in-person screenings, I have to wonder…are they leaving people out?

io9’s Deputy Editor, Jill Pantozzi, posited that that is indeed the case in an op-ed for Variety. Her focus was more on people with disabilities, but often the Venn diagram for people with disabilities and high-risk people for Covid is a circle. She also did speak to the need for safety for critics, and I can’t help but think that extends to audiences too. The Green Knight premiered strictly in cinemas, which had to be disappointing for those who can’t go to one.

Cinemas still aren’t in vogue, and likely won’t be, especially with the “debut” of the Delta variant in the United States. Yes, I keep eyeing those Heat screenings at the New Beverly at the end of the month, but I also know that it’s sold out online and bound to be packed even if I can get tickets at the box office. The question, of course, is, as the pandemic presses on, and movies start getting bumped and delayed, yet again, will we ever feel fine gathering again in the dark to be immersed in worlds both unlike and like our own? Time hasn’t told us the answer to that question yet.