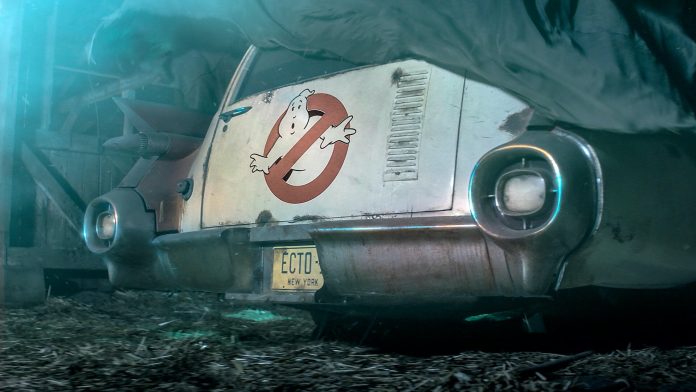 As a huge fan of the original Ghostbusters movie, I’ve been eagerly awaiting the newest movie in the series. Introducing new characters and expanding the mythology of the series while building on the stories of the original characters is an exciting prospect, and director Jason Reitman being the son of one of the original film’s producers, Ivan Reitman, feels like the franchise should be in safe hands. The initial trailer for the movie looked promising, but still felt largely like a teaser for what’s to come. That’s why I’m so surprised that the newly-released Ghostbusters: Afterlife trailer has me more confused than ever.

Here’s the Ghostbusters: Afterlife trailer so you can see what I’m talking about:

This looks fine. I’m a big Carrie Coon fan and I did not realize she was going to be in this, and the addition of a strong comedic actor like Paul Rudd to the franchise is something I’ve been looking forward to. Finn Wolfhard and McKenna Grace are also solid presences, and it’s kind of fun to see them interact with stuff that looks similar to what was in the first movie – the Ecto-1, the proton pack, the trap, even Slimer is there.

But aside from those trappings, what does this have to do with the original Ghostbusters movie? It’s only been five years since it came out — do they expect us to have forgotten about those characters? Where’s Abby? Where’s Erin? Where’s HOLTZMANN? There are characters from the original movie — Bill Murray‘s Martin Heiss, Ernie Hudson‘s Uncle Bill, even Dan Ackroyd‘s unnamed cabbie — who all appear at one point in a photo together, so it looks like this movie is going to reveal some connection between them and a fourth character in the photo, who was not in the original movie. And maybe that will have something to do with Annie Potts‘s desk clerk, who it sounds like is Carrie Coon’s mom in this movie.

It’s just weird that, of all of the characters who could’ve returned from Paul Feig‘s original movie, they went with those four over more bankable stars like Melissa McCarthy, Kristin Wiig, Leslie Jones, and Kate McKinnon. They probably could’ve even figured out a way to bring Chris Hemsworth‘s Kevin back for this one. He was great! They were all great!

I don’t know. Maybe the Ghostbusters: Afterlife trailer is saving the reveal of the returning team for later, which now that I think of it is actually kind of nice. So often movie trailers show you all the great parts of a movie, so that when you eventually see it you already know what to expect. I don’t know why anyone would want to see a movie with stuff in it they’ve already seen before, but I guess some people enjoy that. Still I hope Afterlife has some surprises — namely the return of a beloved set of characters — left up its sleeve.