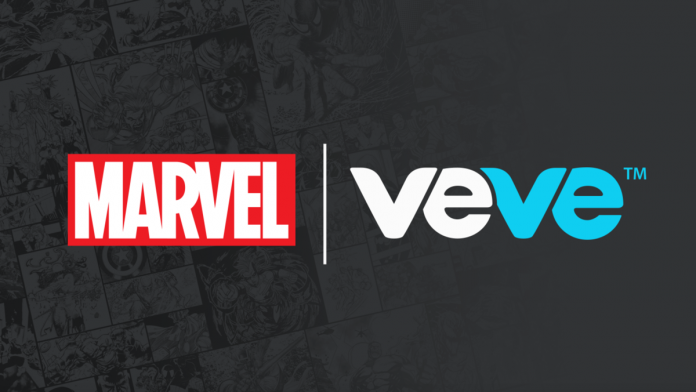 The market for NFTs is cooling down – but comics publishers are just getting on the bandwagon. Marvel has just announced their official entry into the digital collectible space via a teamup with VeVe, a digital collectible app which is run by Orbis Blockchain Technologies Limited, which is based in New Zealand.

NFTs have been a controversial topic in comics circles – and everywhere, really – because of the vast amount of energy they consume. DC and Marvel both forbade their artists to sell NFTs based on their character when the market was red hot earlier this year – a move seen as a placeholder for when both companies entered the market officially. And here comes Marvel.

For what it’s worth, regarding the environmental impact, VeVe has announced plans to be the first-ever carbon neutral NFT platform and has committed to 100% carbon neutral NFTs, offering grants to environmental nonprofits to raise money for causes. The VeVe app also utilizes distributed ledger technologies, which they estimate are more energy efficient than competitors in the market.

These are similar to claims made by other NFT companies, so let’s hope they are serious about it.

But what will Marvel be making available to digital collectors? It’s been a long week so I’m just going to paste the PR, but expect all kinds of stuff to be announced in the weeks to come – much of it using a “mixed reality” feature available on the VeVe app that allows fans to “interact” with their collectibles.

For the first time, fans will be able to purchase and interact with official Marvel NFT digital collectibles, 3D statues, and digital comic books through mixed reality on VeVe’s groundbreaking app platform.

Available on iOS and Android, the VeVe Digital Collectibles App brings fandom directly to fans wherever they are by offering a rich collecting experience. Through the VeVe Digital Collectibles App, fans can buy and collect a variety of Marvel NFTs; trade and hunt for rare (and even secret-rare) NFT comic books and collectibles; and display their hard-earned collection through fully customizable virtual showrooms.

Users will be able to purchase Gems (VeVe’s in-app currency) with their credit card via in-app payments and will have the ability to cash out Gems. With Gems, users can buy official Marvel NFTs or buy and sell Marvel NFT collectibles with others in VeVe’s secondary marketplace, creating a simple and accessible Marvel digital collectible experience for every type of Marvel fan.

“Since the beginning, collecting has always gone hand in hand with being a Marvel fan,” said Dan Buckley, President, Marvel Entertainment. “Like us, VeVe understands collecting is about the experience just as much as the product, and we look forward to extending that experience for our fans over the years to come.”

“Today, we’re seeing more fans than ever gravitate toward their screens,” said David Yu, Co-Founder & CEO, VeVe. “Fans want to watch and post about their favorite characters, talk about them on social media, and find ways to interact with these characters however they can. The VeVe Digital Collectibles App takes that idea of collecting to the next level by embodying that element of fun while also making the growing trend of NFT digital collectibles accessible for everyone.”

The only app currently of its kind, VeVe’s unique mixed reality adds a digital layer to the world around us, allowing fans to interact with their collection and bring their favorite toys, statues, and other collectibles to life. Fans will also be able to share their own curated collections of photos, videos, and virtual showrooms with their friends and the fan community using the app’s features.

“Marvel has been exploring with VeVe how to make the Marvel digital collecting experience as special as the physical experience, and we are excited to finally be able to share this vision with our fans,” said Daniel Fink, Vice President of Business Development and Strategy, Marvel Entertainment. “Through VeVe’s platform, we hope to expand the limits of what Marvel fandom can be, starting with personal and interactive digital collectibles that, through NFTs, fans can truly collect, share, and enjoy in a way that they have not been able to do before.”

VeVe NFT digital collectibles are minted on the blockchain, which allows for an immutable record of authentication and allows fans to collect their digital products through a fun and engaging experience. Since last December, VeVe has sold over 580,000 NFT digital collectibles to its growing user base of over 340,000 avid fans and has become one of the top apps in the entertainment category on the Google app store.

“We saw the opportunity back in 2017 to create something new and exciting for collectors and embarked on a multi-year journey to bring VeVe to life,” said Dan Crothers, Co-Founder & COO, VeVe. “Our mindset as collectors was to imitate the physical world of collecting, which fans know and love, and offer this experience in an enhanced digital format that felt exciting, authentic, and sustainable.”