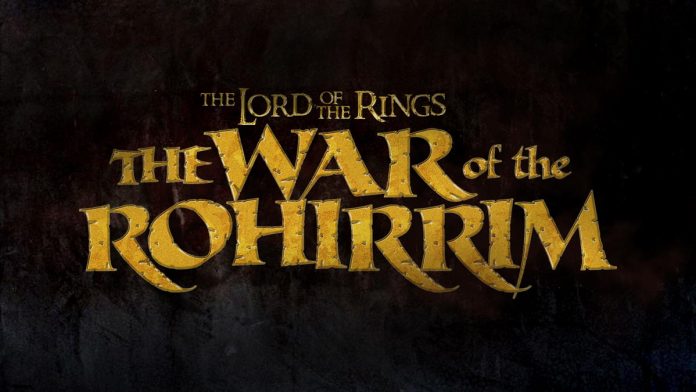 OMG. The spinoffs of The Lord of the Rings are beginning: New Line and WB are collaborating on The Lord of the Rings: The War of the Rohirrim, an animated film that will explore the grand deeds of Helm Hammerhead, one of the greatest kings of Rohan — and the man for whom Helm’s Deep was named.

I never thought I would write that sentence. But with the Tolkien Estate more open to development of the endless, endless IP that is contained in J.R.R. Tolkien’s appendices, notes, maps, and doodles…one of the most beloved stories in the history of world literature is going to be everywhere, eventually.

The film will be directed by acclaimed director Kenji Kamiyama (Napping Princess, Blade Runner: Black Lotus), meaning this will be an adult cartoon and not a Rankin Bass Hobbit. Phillipa Boyens, who collaborated on the scripts of the now 20-year-old Peter Jackson trilogy, will conult, while Joseph Chou (“Blade Runner: Black Lotus” TV series) will produce, with Jeffrey Addiss and Will Matthews (“The Dark Crystal: Age of Resistance”) penning the screenplay.  It will tie into the established continuity and look of the Jackson films.

A more adult animated version of Lord of the Rings was previously presented in Ralph Bakshi’s never completed 1978 adaptation – which ironically, ended at the Battle of Helm’s Deep.

In addition, the Second Age of Middle Earth – a period as yet uncovered by the Jackson trilogy of films –  is already the subject of a mystery shrouded $500 million series from Amazon.

And more from the PR:

Though a standalone story, “The Lord of the Rings: The War of the Rohirrim” is being created as a companion piece to New Line’s “The Lord of the Rings” Trilogy, with story and artistic elements woven throughout that will reconnect fans to the excitement and cinematic wonder of Middle-earth.

In a joint statement, Carolyn Blackwood, Chief Operating Officer, Warner Bros. Pictures Group, and Richard Brener, President and Chief Creative Officer, New Line Cinema, stated: “All of us at New Line feel a deep affinity for the extraordinary world J.R.R. Tolkien created, so the opportunity to dive back into Middle-earth with the team at Warner Bros. Animation is a dream come true.  Fans know Helm’s Deep as the stage for one of the greatest battles ever put to film and, with many of the same creative visionaries involved and the brilliant Kenji Kamiyama at the helm, we couldn’t be more excited to deliver a fresh vision of its history that will invite global audiences to experience the rich, complex saga of Middle-earth in a thrilling new way.”

“This will be yet another epic portrayal of J.R.R. Tolkien’s world that has never been told before. We’re honored to partner with much of the incredible talent behind both film trilogies, along with new creative luminaries to tell this story,” said Sam Register, President of Warner Bros. Animation. “And so it begins.”

The project is being fast-tracked for the big screen, with animation work at Sola Entertainment and voice casting currently underway. The film will be distributed worldwide by Warner Bros. Pictures.

New Line Cinema’s “The Lord of the Rings” and “The Hobbit” Trilogies are among the most successful and acclaimed film franchises of all time. The six films together represent the most awarded film series in history with the highest number of Academy Awards and nominations including eleven Oscars for “The Lord of the Rings: Return of the King,” tying the record for a single film.

Not to give away the ending, but – in typical Tolkien fashion – Helm was a proud and brave king of Rohan who warred with the Dunlendings, the Corsairs of Umbar and a particularly nasty guy named Freca. He ended up in a long winter siege at Helm’s Deep (which was then known simply as the Hornburg) and —SPOILERS — was found frozen to death standing and ready to fight, giving rise to the legend that his spirit still defends the people of Rohan.

I am psyched for this! Are you? Maybe Prince Imrahil can finally have a cameo!