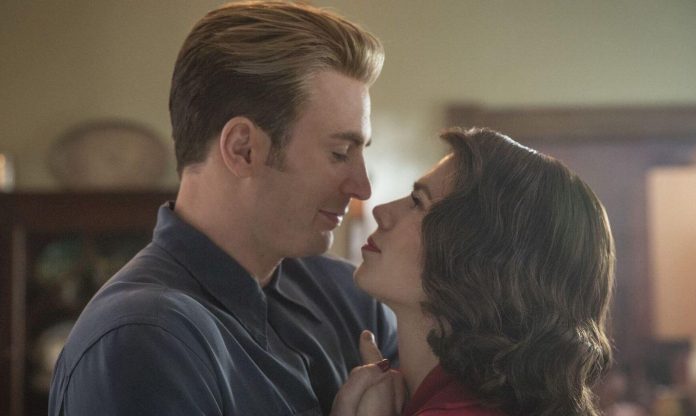 Yesterday (April 22nd), Polygon reporter Joshua Rivera did a deep-dive investigation into the lack of kissing in the MCU. While it honestly sounds silly on the surface, it does lead to a wider question: why is the romantically troubled MCU so, well, troubled? Why is there a lack of romance, for the most part, beyond the major couples or even in the cases of the major couples? For example, while yes, Peggy and Steve’s reunion has been litigated and relitigated to death in fandom circles post-Endgame, it’s for good reason. Sometimes, romance dies, because one partner leaves this mortal coil, and the solution isn’t to slip into an alternate timeline or wreck the existing timeline completely to get what you want. But that’s the solution the romantically troubled MCU gave.

The first real attempt at romance with a capital R in the MCU began with Natasha Romanov and Bruce Banner in Avengers: Age of Ultron. It was ill-advised, and Joss Whedon’s own well-documented problems with women plagued the storyline, like Natasha thinking she was a monster because she was forcefully sterilized in the Red Room’s graduation ceremony. While some could argue that Tony Stark and Pepper Potts were the first MCU romance, the truth is, the two always seemed like an old married couple–and while there’s nothing wrong with old married couples, there’s traditionally not a lot of conflict in Hollywood portrayals of them. While Iron Man 3 documented Tony’s struggles with PTSD, it mostly portrayed Pepper and Tony’s relationship with little difficulties, especially once Tony gives up his arc reactor and his suits in the end. The conflict of the film came more from Tony attempting to survive than from his disagreement with Pepper. Of course, despite the end of Iron Man 3, his superhero status never really goes away, and it’s ultimately what kills him, but Pepper doesn’t seem mad that he’s sacrificed himself and left her and their daughter all on their own.

WandaVision was essentially supposed to be a show about a romance, but at a certain point, it became more about the magic and the explosions and Agatha All Along. And when WandaVision was about Wanda and Vision’s relationship, through the lens of Wanda’s trauma, fans and critics alike complained that the show was going too slow. With The Falcon and the Winter Soldier, some fans have been calling for Bucky Barnes to be officially made a bisexual character. But all this adds up to one thing, and it’s actually something that legendary filmmaker Martin Scorsese was commenting on when he made his controversial statements about the MCU all the way back in 2019.

Scorsese, who I disagreed with when he initially made those comments–I even wrote a column about it on another, now disappeared website–was right when he said “…what’s not there is revelation, mystery or genuine emotional danger. Nothing is at risk.” Just because characters die doesn’t mean there’s actual danger–these characters give the appearance of caring for one another, but do they really? Or are they just pretty pictures, inserted into digital celluloid for the purpose of fleeting moments of emotional satisfaction? That’s the key to the romantically troubled MCU, to me–instead of making their stories about the romance and even the platonic relationships, it becomes about the action scenes and the powers and the twists and all the quips. Oh, the quips.

The MCU’s not the only franchise with these problems–the Star Wars sequel trilogy became just wrecked when romance was forced in, and the Nolan Batman films, for all their excellence, really didn’t understand how romance worked. Maybe grand, sweeping, or even small, realistic, romances aren’t possible for films which rely on big showpieces and shocking moments. Are these films and now, TV shows, just pretty, flashy pictures…or can they be something more? Will the kisses in the MCU and other big franchises ever really mean something? As long as the focus remains purely on theater audience gut reactions and belly laughs, I doubt it.