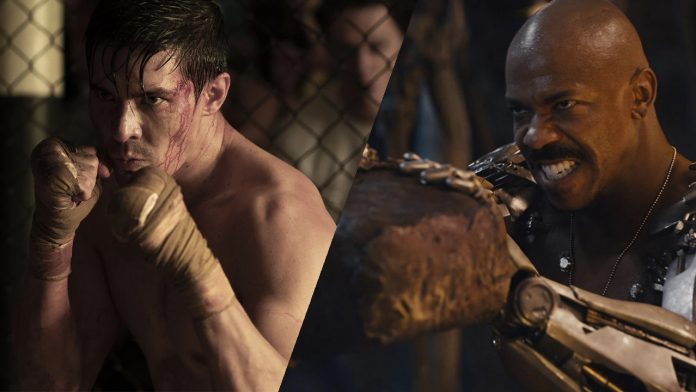 Are you excited for Mortal Kombat? After years of waiting, fans are finally going to get to see Mortal Kombat back on the big screen. Based on the iconic video game series, this film by Simon McQuoid serves as a reboot of the Mortal Kombat film series. If you’ve never dabbled with the Mortal Kombat games, the primary plot is that legendary and powerful warriors come together in an intergalactic tournament fighting typically for the survival of the world. The film primarily centers around Cole Young (Lewis Tan). Cole meets Jax Briggs (Mehcad Brooks) as the two learn about what it takes to be an Earthrealm champion.

In “Mortal Kombat,” MMA fighter Cole Young, accustomed to taking a beating for money, is unaware of his heritage—or why Outworld’s Sorcerer Shang Tsung has sent his best warrior, Sub-Zero, an otherworldly Cryomancer, to hunt him down.  Fearing for his family’s safety, Cole goes in search of Sonya Blade at the direction of Jax, a Special Forces Major who bears the same strange dragon marking Cole was born with.  Soon, he finds himself at the temple of Lord Raiden, an Elder God and the protector of Earthrealm, who grants sanctuary to those who bear the mark.  Here, Cole trains with experienced warriors Liu Kang, Kung Lao and rogue mercenary Kano, as he prepares to stand with Earth’s greatest champions against the enemies from Outworld in a high stakes battle for the universe.  But will Cole be pushed hard enough to unlock his arcana—the immense power from within his soul—in time to save not only his family, but to stop Outworld once and for all?

Lewis Tan’s Cole Young is a former MMA fighter who we meet early on in the film. He acts as our story’s hero and also the everyman. While he is surrounded by amazing champions like Kung Lao, Liu Kang, and Lord Raiden, he initially struggles with finding his place as one of the Earthrealm champions despite a heritage that foretells his greatness.

Mehcad Brooks plays Jax Briggs, a Special Forces Major who joins Cole in his journey alongside his friend and fellow soldier Sonya blade (Jessica McNamee) and the mercenary Kano (Josh Lawson). Jax is well known in the game to have two bionic arms, which audiences will get to see in Mortal Kombat.

We spoke with Tan and Brooks about their experiences with the franchise before taking their roles and also about the CGI behind their characters’ design. Watch The Beat‘s exclusive chat with Lin and Huang below!

Mortal Kombat is in theaters and streaming on HBO Max Friday, April 23, 2021.