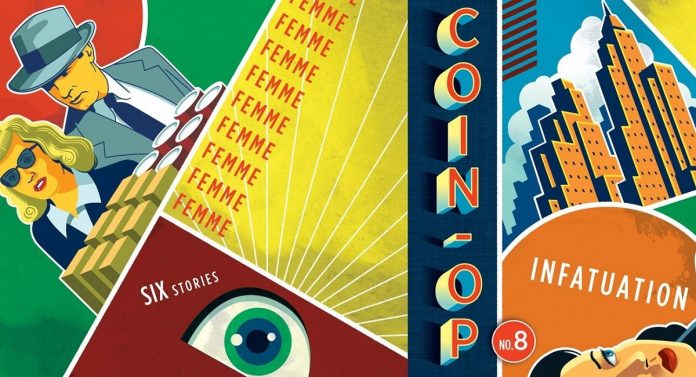 Taking center stage this week in the Small Press Spotlight is the work of
Peter and Maria Hoey, a brother and sister team publishing under
Coin-Op Books. Since 2008, their independent works have garnered positive attention and accolades as well as
Eisner nominations for
Coin-Op No. 8: Infatuation and their comic “Supply Chains.” The artists also have a hardcover collection
Coin-Op Comics Anthology 1997-2017 published by
Top Shelf Productions/IDW that collects more than 40 stories about music, film, comics, and “the absurd,” and their illustrations have appeared in various publications, at art festivals, and at exhibitions and comic-cons around the world.

The pair’s music series is a definite must-have. The 12-page short books focus on different figures and genres of music, such as Chuck Berry’s Revenge, where the legend has a bone to pick with Marty McFly, or Project Gemini that focuses on famous music twins like The Proclaimers and The Breeders.

This December, look out for Animal Stories from Top Shelf Productions, the Hoeys first graphic novel that is said to bring together inspiration from Aesop’s Fables, film noir, and the Old Testament. The book weaves six shorts that focus on the relationship between humans and animals.

To learn more about their work, head here. To explore their online store, click here.