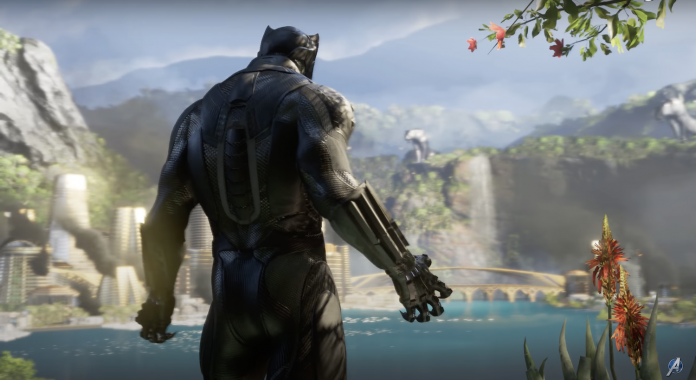 Thursday afternoon, Square Enix hosted a video presentation to highlight some of its recent releases and new games/merchandise on the horizon. All in all, the first Square Enix Presents was a pretty exciting event. Among other things, the video game publisher shared new info on how it’s celebrating Tomb Raider‘s 25th anniversary, announced a new Life is Strange title, and unveiled the final title for its much-anticipated Project Athia. Square Enix also finally offered a detailed roadmap/timeline for Marvel’s Avengers, giving fans a firm idea of what to expect over the Spring and Summer. Here’s what we learned about the future of Square Enix’s live service superhero game.

Black Panther is confirmed and he’s bringing Wakanda with him

Black Panther was officially announced as an upcoming playable character in Marvel’s Avengers. The expansion will also feature the addition of Klaw and other new villains, Wakanda biomes, and a new outpost. Considering that the footage was limited to a cinematic trailer, this update is clearly still a ways off. Based on the timeline, Black Panther won’t be coming to Marvel’s Avengers until late Summer at the earliest.

Square Enix’s timeline shows that Crystal Dynamics is developing a lot of new content beyond new characters. In the months preceding the debut of Black Panther, Marvel’s Avengers will add:

Tachyon Anomaly: A special event that allows for more than one of each hero on a team, giving players more flexibility to play as the hero they want

Red Room Takeover: Scheduled to coincide with the release of Black Widow, the event will offer new quests for each hero where they must escape from a hacked H.A.R.M room.

Marvel’s Avengers has a difficult road ahead of it in order to satisfy its biggest fans and win back the many players who’ve moved on from the game. The many months between major updates certainly didn’t help matters. We’ll have to see if the next-gen upgrade and detailed timeline are enough to bring some excitement back to the title, or if Marvel’s Avengers will simply continue to flounder.