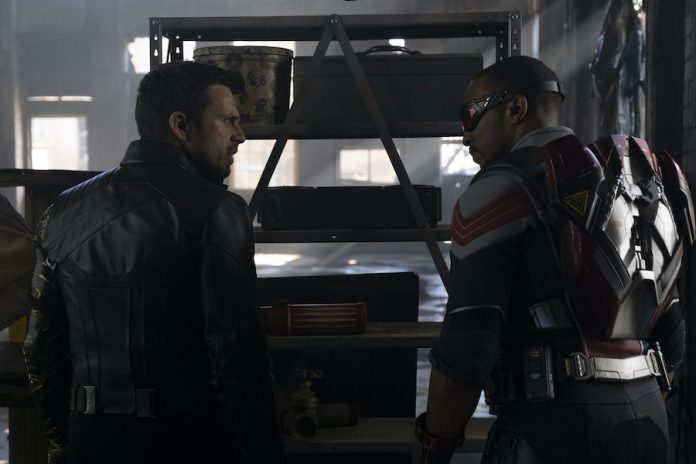 Next week, the two next new big things for the MCU and the DCEU come out. Well, one of them is new, at least. The Falcon and the Winter Soldier releases its first episode out of six on Disney+ on March 19th.  The MCU boys, as I’m lovingly calling Falcon and Winter Soldier, are here once more. The Justice League Snyder Cut debuts on HBO Max on March 18th. Unless you were trying to watch Tom & Jerry on March 8th, in which case you got to watch some of it if you were even interested. Publicity stunt, hack, accident? Who knows, really. The official word is that it was an “error,” but maybe they were referring to the existence of the Snyder Cut in the first place? Haha, kidding! Or am I?

According to critics who got a sneak peek of The Falcon and the Winter Soldier, the show has plenty of thrills and emotional catharsis, with Bucky Barnes (Sebastian Stan) finally getting that therapy he’s needed for years. It sounds like the MCU boys and TFatWS will continue the trend of Marvel’s shows indulging in therapizing its characters, even if it only kind of worked for WandaVision.

Meanwhile, the $20M and probably more Snyder Cut of Justice League still has us all mostly in the dark. We know a few things here and there, but nothing concrete, and those who did see it only saw the first hour. The fan who The Hollywood Reporter interviewed about the snafu said, “I just wanted to put on Tom & Jerry for background noise while I worked, and instead I watched an hour of an amazing movie,” says Bass. So at least one person is happy. Kind of. He did only get an hour.

For WandaVision, the hype ramped up as it went from week to week, as the story and mysteries and secrets grew. It’s yet to be seen how much hype can and will get ramped up for TFatWS, with only six episodes as opposed to nine, and the MCU boys are less prone to mystery and more prone to kicking butt. Then again, the mystery of what happened to Bucky was key to Marvel’s Phase 2 and 3, but that mystery mostly seems to be solved. Sam Wilson (Anthony Mackie) doesn’t have mind-bending superpowers. The two of them did disappear in the Blip, but much of that was mostly covered through Monica Rambeau’s (Teyonnah Parris) story in WandaVision.

With the Snyder Cut, the hype is already there, for those who care. A vague curiosity rests among those who know of its legend. The general public who hasn’t kept up with the whole saga will probably be baffled by its existence, when they turn on Justice League for background noise, expecting only two hours of explosions, getting four whole hours of explosions…interspersed with…something.

We had two weeks off between WandaVision and The Falcon and the Winter Soldier, and that sort of cooldown time is probably a good thing. It’s been a good while since we had an actual superhero movie, and even if it is a movie we’ve already seen part of, it is kind of nice to know we’ll get some new superhero filmed material from DC, at the very least.